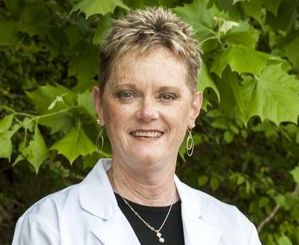 Dr. Crigler has served as chairperson of the State Legislative Committee, state chairperson of Vision USA Program, and chair of Optometry for Progress. Having served on the executive committee of the Mississippi Optometric Association for five years, she was elected president of the Mississippi Optometric Association in 2006-2007 and re-elected as President for 2018-2019.

Dr. Crigler has served as the Mississippi trustee for the Southern Council of Optometrists and currently serves on the Board of Directors for the Greater Starkville Development Partnership. She is a member of the Delta Gamma Alumnae and First United Methodist Church where she has served as a member of the Administrative Board, the Staff/Parrish committee, and the Finance committee.

She and her husband, Sid, have two children, Carley, an architect in Jackson, and Coleman, a funeral director in Hattiesburg. They are also thrilled to have 2 wonderful grandchildren Merritt and Sam. Dr. Crigler enjoys following Mississippi State University Athletics where she serves as a vision consultant.